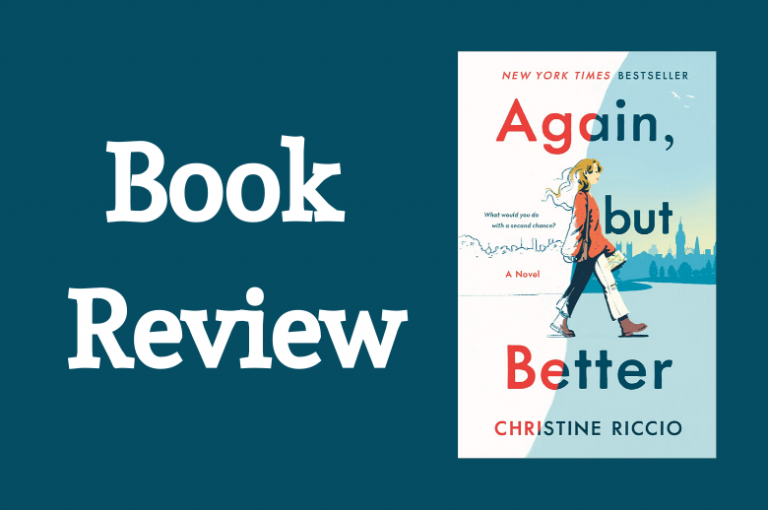 If you had a chance to do over part of your college experience, would you?

Shane has been doing college all wrong. Pre-med, stellar grades, and happy parents…sounds ideal—but Shane’s made zero friends, goes home every weekend, and romance…what’s that?

Her life has been dorm, dining hall, class, repeat. Time’s a ticking, and she needs a change—there’s nothing like moving to a new country to really mix things up. Shane signs up for a semester abroad in London. She’s going to right all her college mistakes: make friends, pursue boys, and find adventure!

Easier said than done. She is soon faced with the complicated realities of living outside her bubble, and when self-doubt sneaks in, her new life starts to fall apart.

Shane comes to find that, with the right amount of courage and determination one can conquer anything. Throw in some fate and a touch of magic—the possibilities are endless.

I, like many who picked up this book, previously had known the author, Christine Riccio, from watching some of her popular Booktube videos on Youtube. What would Booktube A-lister write about? After waiting for my hold for THREE MONTHS on my library’s Cloud Library app, I finally had the audiobook and my answer!

The story is told from the first person perspective by Shane Primaveri – a college student in her junior year. Up to this point she has been studying pre-med because her parents want her to be a doctor. But Shane is happiest when she is writing and working on her successful blog FrenchWatermelon19. Yearning for a fresh start, Shane signs up for a creative writing program in London. Too afraid to tell her parents that she rather study writing then medicine, she leads them to believe she is actually in a pre-med study abroad program.

The book had the bones of a great story but didn’t quite hit the mark on what I think it was trying to accomplish. While I was engaged by the metaphysical element that becomes apparent further on in the story, I found myself sympathizing the most with Shane’s parents rather then Shane herself. Despite being rather one-dimensional characters in this book, her parents are nevertheless paying 50k a year for her to get an exceptional education in New York City — of all places! This level of privilege, as well as Shane’s attitude towards her opportunities really made her problems seem minute –  like not enough sprinkles on a cupcake.

I think if the stakes had been set higher against Shane, I would have been more invested in her plight. Perhaps if her parents had refused to keep paying for her schooling, or if she had shown more appreciation for her opportunities from the start, I would have felt sympathetic towards her.  Shane’s ambitions and dreams are relatable, but the conflict just wasn’t there.

If you know Christine Riccio from Booktube or are curious what the hype was all about, I encourage you to give Again, but Better a read. I was drawn to this book for that reason, however the story was just not my cup of tea.

Oh man, this book needed work! Christine pretty much just wrote about herself/life and it was hard to separate Shane from her. Two stars was pretty spot on because the writing was just…bad? Cringe worthy? Book slump inducing? Stinks because I used to like Christine but I feel like she got this more because of her following than her actual skill.

The Booktube community is near and dear to me and I am thrilled to see that many of them are now being published. I am disappointed this book was not my cup of tea!