Book Review: When We Believed in Mermaids 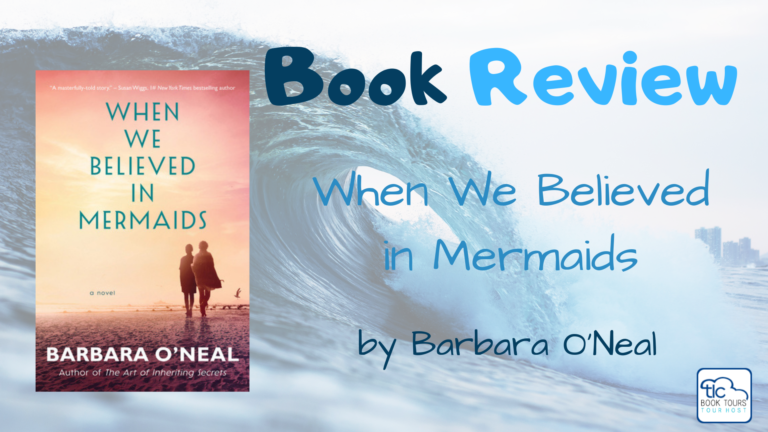 Your life has been plagued with loss. The instant you start to feel better again, your heart clenches at the thought of what sadness lies in wait for you just around the corner. Kit Bianci has lived her whole life this way, losing family and friends and safe places to call home. So, when she sees someone on the news who could only be the sister she thought was dead, she can’t ignore it. She has to investigate.

She hops on a plane to New Zealand to find her once-dead sister, and her life changes forever.

Barbara O’Neal’s When We Believed in Mermaids is a powerful story of love, loss, and the strength and resiliency of the human spirit. It is beautifully told from the perspectives of both Kit and her long-lost sister, Josie, tugging at the heartstrings and flooding the reader with raw emotion.

Kit and Josie are far from perfect, but they are strong and determined to move forward in life as best they can, spending each day atoning for and recovering from past mistakes.

I have to admit I may have a little extra love for this novel because the main characters are from my home state of California, but the story itself is so deeply moving; full of mystery and intrigue, wit and romance, and the simple thrills of catching an early morning wave, it’s impossible not to become completely engrossed in it.

When We Believed in Mermaids is a truly beautiful novel. It’s a new take on the classic family drama, and it is guaranteed not to disappoint.

About When We Believed in Mermaids

From the author of The Art of Inheriting Secrets comes an emotional new tale of two sisters, an ocean of lies, and a search for the truth.

Josie Bianci was killed years ago on a train during a terrorist attack. Gone forever. It’s what her sister, Kit, an ER doctor in Santa Cruz, has always believed. Yet all it takes is a few heart-wrenching seconds to upend Kit’s world. Live coverage of a club fire in Auckland has captured the image of a woman stumbling through the smoke and debris. Her resemblance to Josie is unbelievable. And unmistakable. With it comes a flood of emotions—grief, loss, and anger—that Kit finally has a chance to put to rest: by finding the sister who’s been living a lie.

After arriving in New Zealand, Kit begins her journey with the memories of the past: of days spent on the beach with Josie. Of a lost teenage boy who’d become part of their family. And of a trauma that has haunted Kit and Josie their entire lives.

Now, if two sisters are to reunite, it can only be by unearthing long-buried secrets and facing a devastating truth that has kept them apart far too long. To regain their relationship, they may have to lose everything.

Barbara O’Neal is the author of twelve novels of women’s fiction, including The Art of Inheriting Secrets, How to Bake a Perfect Life, and The All You Can Dream Buffet. Her award-winning books have been published in more than a dozen countries, including France, England, Poland, Australia, Turkey, Italy, Germany, and Brazil. She lives in the beautiful city of Colorado Springs with her beloved, a British endurance athlete who vows he’ll never lose his accent.

Friday, July 26th: Thoughts on This ‘n That

Friday, August 2nd: Not in Jersey

Thursday, August 8th: Diary of a Stay at Home Mom

Lake Union is putting out solid books this summer and this is another one I have to add to my list! Should be here next week if I’m lucky. Thank you so much for being on this tour, I’m so glad you enjoyed this one! Sara @ TLC Book Tours

Hello. I chose this for my book club based on great reviews. Love the book. However am unable to find questions for a book club. Any ideas?

Does anyone have discussion questions for this book?

Please let me know if you have found any. I chose this based on rave reviews for my book club. I neglected to check first for book club discussion ideas. Thanks.

I too am looking for discussion questions for this book. Please let me know if you find any! Thanks Lisa
Loonpointelodge@yahoo.com

Questions on a web sight called: Just Us Gals

Too many adectives, too much repetition about their backgrounds repeated over and over again. This book could have been 5 chapters shorter and been just as effective.