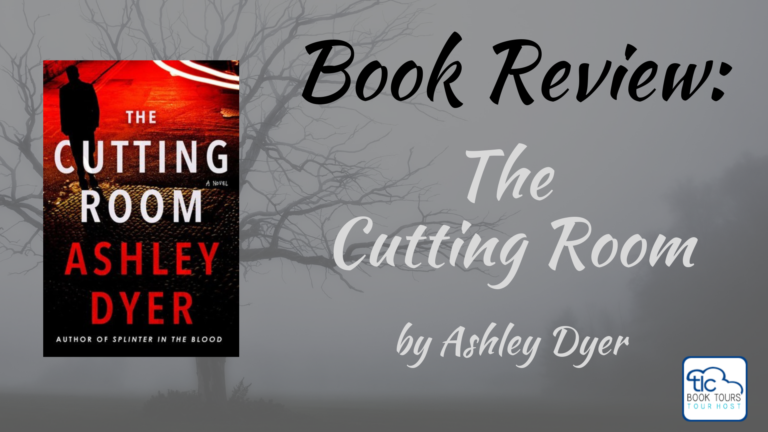 When it comes to art, it is often said that beauty is in the eye of the beholder. To some, a particular work of art is genius. A masterpiece. To others, it barely qualifies as art.

Artists often push the boundaries, balancing delicately on the line between avant garde and morally questionable. It’s part of what makes art so wonderfully tantalizing. However, in Ashley Dyer’s The Cutting Room, the “artist” doesn’t just blur that line, he smashes it to pieces.

This serial killer thinks himself the world’s next legendary artist, and his medium of choice is not acrylics or watercolor. He creates works of what he and his followers on social media consider art using the bodies of his victims.

If you’re looking for a thriller that will keep you up all night, The Cutting Room should be at the top of your TBR list. It was exceptional. The story was told from three distinct perspectives: that of Detective Ruth Lake, Detective Greg Carver, and the killer, known only as The Ferryman.

I often find stories written from multiple perspectives to be difficult to follow and somewhat of an irritation. Just when you start to connect with one character and their story, you’re taken out of it and forced into the mind of another. The Cutting Room was so flawlessly written, with seamless and appropriate transitions between character perspectives, there was no confusion or frustration. Only suspense.

Dyer (a pseudonym for novelist Margaret Murphy working with policing and forensics expert Helen Pepper) provides us with the perfect amount of insight into the killer’s mind, giving us just enough information to make us thoroughly uncomfortable and spike our heart rates without revealing more than absolutely necessary.

In addition, the detectives themselves are so realistic and heartbreakingly human, we instantly bond with them and we are desperate to know not only when and how they’re going to catch the sadistic killer, but we are also sucked into their own personal dramas and the obstacles they must overcome.

The Cutting Room made it tempting to just throw all responsibilities to the wind and spend the whole day reading. It was truly captivating, and if you’re an avid reader of Karin Slaughter and Tana French like I am, you’re bound to find yourself unable to put it down. 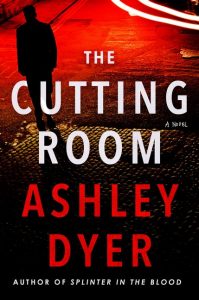 About The Cutting Room

Detectives Ruth Lake and Greg Carver, introduced in the electrifying Splinter in the Blood, must stop a serial killer whose victims are the centerpiece of his macabre works of art.

While Britain is obsessed with the newest hit true-crime television show, Fact, or Fable? detectives Ruth Lake and Greg Carver are tormented by a fiendish flesh-and-blood killer on the loose.

Lured to a crime scene by a mysterious digital invitation, Ruth Lake is horrified by what she finds: a bizarre and gruesome tableau surrounded by a crowd of gawkers. The deadly work is the latest ìart installationî designed by a diabolical criminal dubbed the Ferryman. Not only is this criminal cold-blooded; heís a narcissistic exhibitionist desperate for an audience. Heís also clever at promoting his deadly handiwork. Exploiting Englandís current true-crime craze, he uses social media to titillate and terrorize the public.

Ruth is joined in the investigation by her partner Greg Carver, who is slowly regaining his strength after a run-in with another sadistic criminal. But Greg canít seem to shake the bewildering effects of the head wound that nearly ended him. Are the strange auras blurring his vision an annoying side effect of his injury, or could they be something more . . . a tool to help him see a person’s true nature?

In this utterly engrossing and thrilling tale of suspense, a pair of seasoned detectives face off against a wickedly smart and inventive psychopath in a tense, bloody game that leads to a shocking end.

Please use the hashtag #thecuttingroom and tag @tlcbooktours, @williammorrowbooks, and @ashleydyerauthor.

Ashley Dyer is a writing duo based in the United Kingdom.

Margaret Murphy is a Writing Fellow and Reading Round Lector for the Royal Literary Fund, a past chair of the Crime Writers Association (CWA), and founder of Murder Squad. A CWA Short Story Dagger winner, she has been shortlisted for the First Blood criticsí award for crime fiction as well as the CWA Dagger in the Library. Under her own name she has published nine psychological suspense and police procedural novels.

Helen Pepper is a senior lecturer in policing at Teesside University. She has been an analyst, forensic scientist, scene of crime officer, CSI, and crime scene manager. She has coauthored, as well as contributed to, professional policing texts. Her expertise is in great demand with crime writers: she is a judge for the CWA Gold Dagger for Non-Fiction Award, and is a forensic consultant on both the Vera and Shetland TV series.

I’m kind of scared of everything so I don’t know that this is up my alley, but I’m pretty sure my sister in law would completely love it. Thanks for being on this tour! Sara @ TLC Book Tours