Review: Worth Killing For 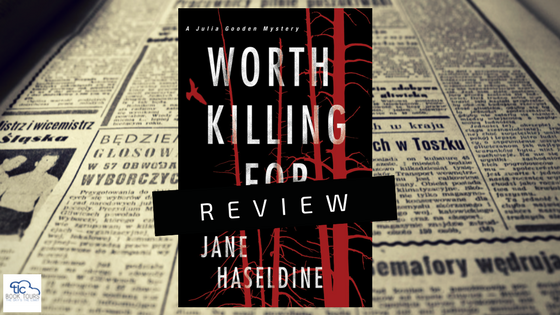 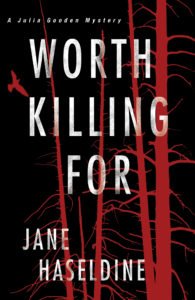 First of all, I had no clue Worth Killing For was the 3rd in a series.

With that said, I didn’t feel like I missed a beat about the main character, Julia Gooden.

She’s a crime reporter for a Detroit newspaper, dating a detective and has two kids at home to protect.

The story really kicks off when Julia spots a familiar face. After 30 years of her dad disappeared, he returns to Detroit. He wasn’t always in the line of ethical work, spent some time in prison and most people believed Duke to be long gone.

While Julia is investigating the death of the city councilman’s nephew, she starts connecting the dots to similar murders that go back decades. She may even find out what happened to her brother, Ben, who disappeared shortly after her dad walked out.

It took me a few tries to really get into this book, but about 70 pages in, I was hooked. Maybe it was because I was missing some information and connection to the characters from the first two books in this series.

However, the storyline, action and mystery in Worth Killing For did not disappoint.

My favorite part? I really loved the Julia Gooden character! She’s feisty, smart and not afraid to give up.

If you’re a fan of a good female heroine and a little mystery, add this book to your TBR pile! 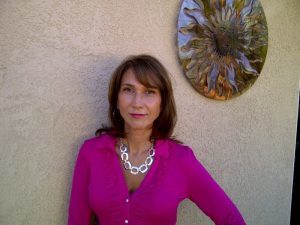 Jane Haseldine writes the Julia Gooden Mystery Series for Kensington Publishing. Jane is a journalist and former crime reporter who also previously worked in politics as a deputy director of communications for a governor.  Jane graduated from Syracuse University’s S.I. Newhouse School of Public Communications with a degree in journalism.

She currently resides in Southern California with her husband and two sons, but previously lived in Boston, San Francisco, New York, Delaware, Michigan, Pennsylvania, and Louisiana. You can find her at janehaseldine.com, Twitter, Goodreads, Facebook and on Instagram @janehaseldineauthor.

Purchase Links: Amazon | Barnes & Noble | IndieBound
Other reviews of Worth Killing For:

Thanks for the review!

I’m glad to know that starting with this book rather than book 1 wasn’t a problem – it sounds like you this was a great read and that you were able to catch up on everything pretty quickly.

Leave a Reply to Jane Haseldine, author of Worth Killing For, on tour March/April 2018 | TLC Book Tours Cancel Reply