Book Review: The Boy on the Bridge 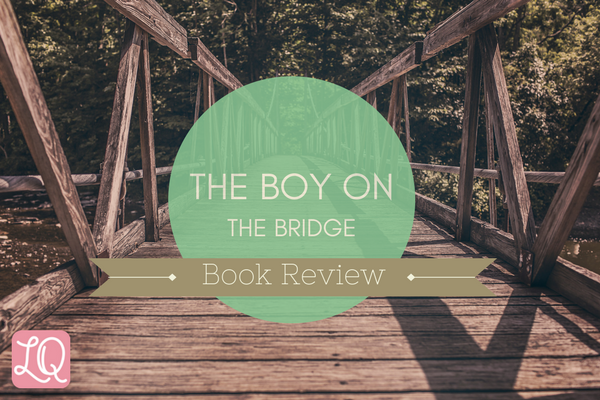 You guys, I was so looking forward to this one! One of my first book reviews here on LQ was The Girl with All the Gifts, which I was VERY surprised to enjoy. I’m not a thriller/sci-fi/fantasy reader, so I was ridiculously skeptical when I heard that I’d be reading a book about zombies for book club. The way M. R. Carey wrote it from the perspective of a little girl who understands that she’s a zombie, though, enthralled me. There was action, there was drama, there was everything, and I loved it! So, naturally, I immediately put The Boy on the Bridge on my library list when it came out.

The Boy on the Bridge is sort of a companion book to The Girl with All the Gifts. The timeline in The Boy runs before, beside, and after The Girl – just from the perspectives of other characters. It does mention a good many details from The Girl, so I’d definitely recommend reading that one first, if you’re interested in this story.

In a nutshell, the story is about a group of scientists and military personnel that is sent out on a mission to recover samples from a previous expedition, out beyond the walls of Beacon (where most everyone who’s still alive now lives) into the land of the hungries (zombies). They drive a tank-like vehicle, complete with a bar that goes out around the entire thing to catch hungries in the knees if they get close.

Now, as far as my review goes…I’m so sad to say I was disappointed by this one! That’s not to say I didn’t like the story and enjoy reading it, but for me, it lacked the magic that made the first one into a book about zombies that I could like. There was a little too much military drama in this one for me. You had the typical alpha male military character who will do anything to protect himself and his group, and he has the ego to go along with his high rank. There was a good deal of the story centered around the politics of what was going on in Beacon, his fight against it…meh.

There were a couple of characters that saved this for me, including a teen who’s definitely on the Autism spectrum (Asperger’s) and the woman scientist who adopted him. They had an interesting relationship, and being in the teen’s head were definitely my favorite parts of the book. Yes, there was still interaction with child hungries who aren’t just walking dead, but the book wasn’t from their perspective and they were portrayed a little more like savages, unlike Melanie from The Girl.

I also had a hard time following what time period it was in relation to The Girl, as I didn’t read about that beforehand and assumed it was a sequel (until I started reading it, of course). It spans that entire book plus some, so I was just a little confused.

All-in-all, yes, the book was enjoyable to read and the action definitely held my attention, but for me, this one lacked what made The Girl so unexpectedly good. I gave it 3 stars.