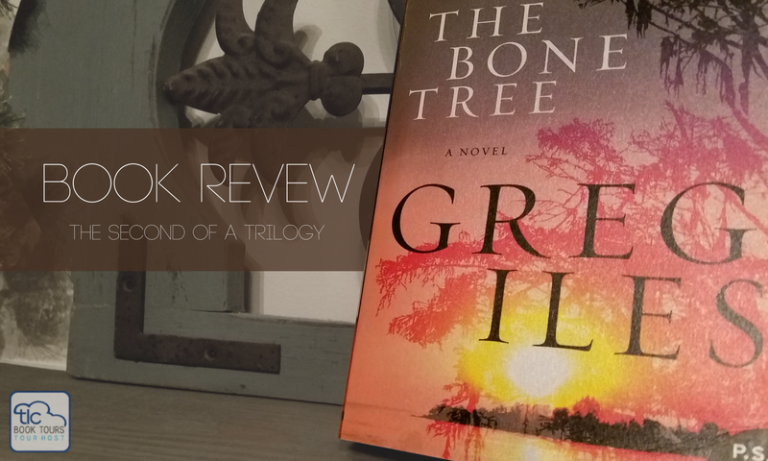 Why: The second book in the Natchez Burning trilogy (also Natchez Burning and Mississippi Blood), The Bone Tree had to make my TBR List because I’m a complete-ist. (This is a self-determined way to describe my compulsive need to finish a series even if I don’t like it.) Luckily, I was so caught up in Natchez Burning that there was no question I would immediately begin Greg Iles’ next installment.

Tonight death and time showed me their true faces.

The Story: *As with my previous review, this brief synopsis will share no spoilers!* After the climactic end to Natchez Burning, Penn Cage and his fiancé Caitlin Masters find themselves squarely in the crosshairs between former KKK and Double Eagle members and Penn’s father who is on the run from a murder charge. While Penn’s morals and values are tested to their brink, Caitlin is finding herself spiraling into a rapidly growing series of unsolved civil rights murders. Throw in pressures from a corrupt state police force and well-meaning FBI Agent with an alternate agenda, and nothing seems comfortable in Natchez.

Pain is proof of life.

Opinion: This is a perfect example of why I wait to read a series until it is complete! Iles has me invested in the lives of these characters, and I want closure! I need to know how it ends! Ok. Focus… This book makes it hard to know who you are pulling for. The intensity forces readers to consider how they would react in similar situations, yet there’s a good chance the answer is “I have no clue.” What is “just” and the “right” is ambiguous.  These questions add depth and life to the work, consequently giving it a cinematic quality.

I already told you that I love Iles’ writing style, but it is worth repeating. Not only is it realistic as I’ve noted, but it also creates a pace that moves the hefty tome along – even with all the information being presented. Reading this feels like you accomplish a lot in a few pages.

“Mercy is a virtue you can’t afford.”

Recommendation: This is not a series to read out of order. However, if you made it through Natchez Burning, you owe it to yourself to read The Bone Tree. There is absolutely no drop off between book one and book two. Ultimately, enough backstory recaps are provided so that you don’t have to read the books in immediate succession, but I now want to go back to the first Penn Cage novel to get even more out of this trilogy. To be honest, I hope that helps pass the time until March 2017 when the final book is released! I will be recommending this book (and the Penn Cage series) to many of my serious reading friends.

This is the Deep South, Kaiser reflected, watching the bow lights of a string of barges round the river bend to the north, from Vicksburg and push slowly southward toward Baton Rouge. The real South.

Journaling Prompts: (I like to include questions with each of my reviews, but it is even better when questions are provided! These come from a reading guide from publisher HarperCollins.)

book reviewcrimedramafictionI would recommend this book to othersmysterysuspensethriller
Share 0 FacebookTwitterPinterestEmail

Natchez Burning is the next audiobook I have queued up to listen to – I am SO looking forward to getting swept up in this trilogy!

Oooooo! Listening to these is a great idea! I bet it will be even more dramatic! Enjoy them, Heather!

[…]  I’ve mentioned (twice) my love for his writing style in my reviews of Natchez Burning and The Bone Tree. I’ve noted that the reality of the content provides a cinematic quality, and that […]

[…] trilogy and knows you’ll be hooked after book one! Check out her reviews of Natchez Burning and The Bone Tree to get a taste of Greg Iles’ writing. Don’t worry – no […]