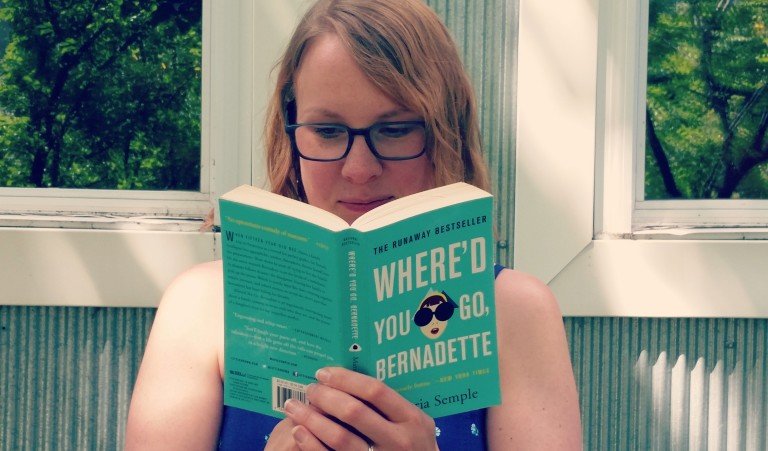 Where’d You Go, Bernadette is one of the best books I’ve read all year!

The story is a quirky one, and for me, it was the perfect amount of quirky. I read this on the train when I was returning from vacation, and it was wonderfully entertaining for a stretch of hours that could otherwise be considered boring!

The story is, in a nutshell, about family. Bernadette is the mom of the family, and she’s definitely not a normal, run-of-the-mill kind of mom. She’s a hilariously whacky used-to-be architect living in Seattle with her husband, Elgin (who’s a bigwig at Microsoft), and daughter Bee. The story unfolds through a series of correspondences between the main and secondary characters, plus Bee’s interjections and narrations at points.

The premise of the story is that Bee’s parents tell her they’ll take her on a trip to Antarctica before she goes to boarding school the following year. The family then goes through planning for the trip while navigating “normal” life, which includes ridiculous fights and pranks between Bernadette and the crazy, over-involved moms at Bee’s school, suspicions of Bernadette going a bit cuckoo, and a possible affair between Elgin and another school mom.

As the planned trip approaches and life starts to unravel for the little family, Bernadette disappears when she’s approached by a large group of people led by her husband in a form of intervention. Elgin thinks Bernadette needs professional help (and possibly a straight jacket), whereas she finds that completely unfair and escapes out a bathroom window.

In the following chapters, Bee takes us on an adventure where we attempt to find out what happened to Bernadette. Where has she gone? Bee hasn’t heard from her, which is very strange, considering their close relationship. Hilarity and absurdity ensue.

The entire time I was reading this book, it was playing out exactly like a Wes Anderson film in my head. I can picture it being the perfect candidate for that kind of quirky movie!

For example, here’s a piece of an email from Bernadette to Manjula, the virtual personal assistant Bernadette hires from India:

I’d also like a fishing vest, one replete with zippered pockets. Back when I actually enjoyed leaving the house, I sat on a plane next to an environmentalist who spent his life zigzagging the globe. He had on a fishing vest, which contained his passport, money, glasses, and film canisters – yes, film it was that long ago. The genius part: everything’s in one place, it’s handy, it’s zipped in, plus you can whip it off and plop it down on the X-ray belt. I always said to myself: next time I travel, I’m going to get me one of those. My time has come. You’d better get two.

If you’re into Wes Anderson or if you just enjoy fun, quirky novels that are also written well, you’ll love Where’d You Go, Bernadette. I really loved this one! 4.5 stars.

fictionfun readfunnyI would recommend this book to others
Share 0 FacebookTwitterPinterestEmail

I loved, loved, loved this one. Then I bought another by Maria Semple and didn’t like it at all. Wah.

Oh shucks!! That’s such a bummer. I see that she was a writer for Arrested Development…so that’s awesome 😀 Love that show.

This was one of my favorite reads this year, too! The characters had real zest. So quirky and fun. I’ve heard the audiobook is good as well.

Ooooh zest…love that word! Glad to hear you liked this one too 🙂

[…] quickly. I also just added Maria Semple’s newest novel, Today Will Be Different. I just loved Where’d You Go, Bernadette? so much, but this new one of hers isn’t getting the same kind of great reviews as Bernadette […]