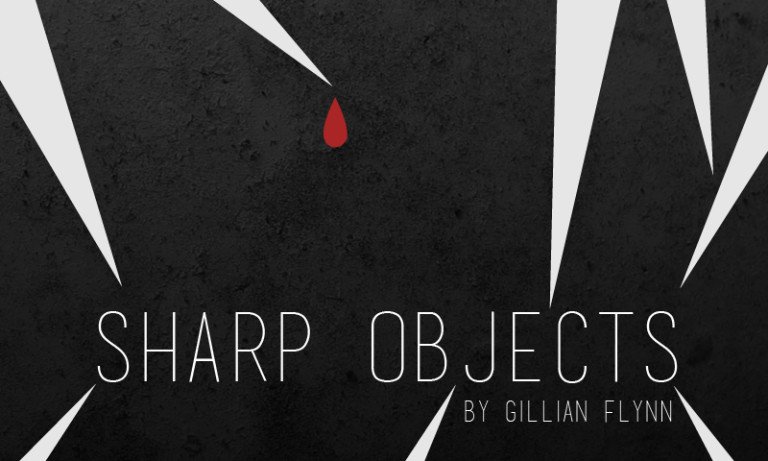 I suppose it’s not really that much of a surprise that a lover of thrillers, horror, and mystery, such as myself, would absolutely adore Gillian Flynn’s Sharp Objects. I sped through the novel at a record pace (she sure knows how to write a page-turner), and I immediately added another Gillian Flynn novel, Dark Places, to my to-read list after I had finished. This book was exciting, intriguing, heartbreaking, slightly demented (in the best way possible), and wildly entertaining.

Flynn writes a grim tale about a reporter named Camille that returns to her hometown from Chicago to report on a series of grisly murders of young girls. Not only does Camille begin to discover the shady underbelly of a gossiping small town, she must also navigate the murky waters of revisiting her profoundly dysfunctional family. This novel twists and turns, bringing the reader along for an exciting ride through a story that is both parts thriller and family drama.

The most noticeable aspect of Flynn’s writing is her ability to make such real, fascinating characters, especially when it comes to women in her novels. She creates female characters with an emotional depth that is rarely seen in popular genre fiction. The key to Flynn’s successful writing, and why I am now going to boldly claim that she is an important contemporary pop writer, is that she makes interesting women. They aren’t heroes, at times they are downright villainous, but she provides these characters with a personality, a backstory, and an interest that goes beyond two-dimensional female stereotypes.

This kind of writing makes for more believable and relatable characters. I’m not saying that I would ever do what the characters in Gillian Flynn’s writing do (some of it’s pretty intense), but while reading I could understand their motivations and feel empathy, disgust, and rage alongside with them.

I definitely recommend adding a Gillian Flynn novel to your summer to-read list. It’s the perfect book to read while you’re sitting in the sun and want to relax with a cold drink and a good thriller.

For another LQ review of Gillian Flynn’s work, check out Joli’s post here about The Grownup.

I have been wondering whether to put this on my TBR pile or not. I think I will. I only like thrillers if they’re really fast-paced, and it sounds like this one is. Thanks for the great review!

It was for sure fast-paced, I couldn’t put it down! Another recommendation for a fast-paced thriller is The Girl on the Train if you haven’t read that yet.