Review: Home or Away by Kathleen West 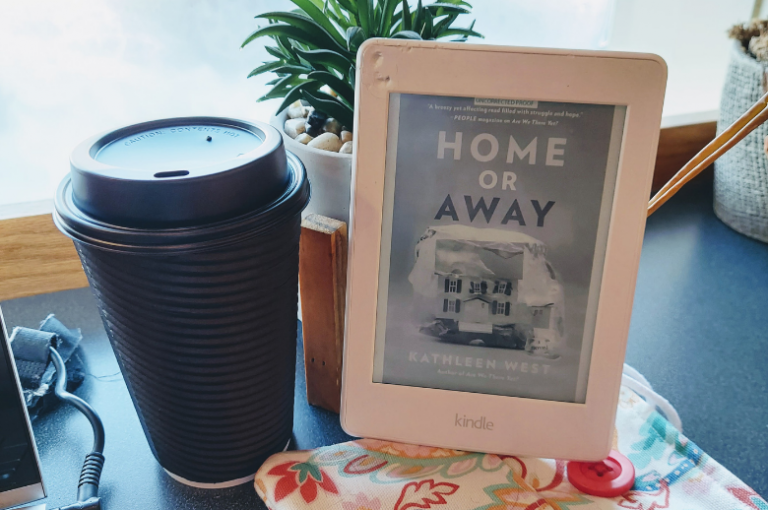 We’re big Kathleen West fans around here – she used to write for LQ! Home or Away is her third book and I was so excited to get approved to read it early via NetGalley.

Once Leigh and Susy were close friends and teammates bound for Olympic hockey gold, but when Leigh’s sure-fire plan to make the final roster backfired, she left everything behind to start over, including the one person who knew her secret.

Two decades later, Leigh’s a successful investment banker, happily married, and the mom of a hockey prodigy, so when a career opportunity lands the family back in Minnesota, Leigh takes the shot for her kid. Back in the ultra-competitive world she left behind, the move puts her in Susy’s orbit, a daily reminder of how Leigh watched from the sidelines as her former teammate went on to Olympic glory.

Despite the coldness between them, Susy can’t help but hope that Leigh might lace up her skates and join her in the coaches’ box–after all Leigh knows better than anyone how hard it is to be a woman in this world. Susy’s coaching decisions are undermined by the all-male board and she knows soon her daughter, Georgie, will be seen as a “girl athlete,” relegated to the B team, with less support and opportunity to advance.

But Leigh’s sure keeping Susy at arms’ length is the only way to hide her history with her coach Jeff Carlson. When he hints of new favors in exchange for her son’s ice time and allegations arise over his conduct, Leigh is caught in the ultimate bind: come clean about what happened when she was an Olympic hopeful and risk her marriage or play Jeff’s game. In a moment of desperation, Leigh turns to Susy and realizes the one person she thought was her biggest competitor might turn out to be her biggest ally.

Home or Away is Kathleen’s third book, and I could definitely tell while I was reading it that she’s growing and morphing as a writer. I rated both Minor Dramas & Other Catastrophes and Are We There Yet? 5 stars. I loved them! So I was really excited to dive into Home or Away.

The first thing I’ll say about this one is that it’s definitely the most serious of Kathleen’s books so far. Sure, the other two had some serious things happen, where relationships were on the brink of combusting and lives were disrupted. Home or Away, though, deals with the most serious subject matter: Leigh’s inappropriate relationship with her coach when she was vulnerable.

This book had a lot of building up to the most dramatic moments, but it was slower than Kathleen’s other two. That’s the only reason why I gave it 4 stars instead of 5 – it was just a bit slow for me. I knew it was building up to something and I definitely still wanted to read it, but I needed more to happen at times.

I did struggle a little to connect with Leigh. She’s just so very opposite of me in some ways that I couldn’t quite understand why she was doing what she was doing. There were definitely flashes, though, of her inner workings that clicked more with me. She’s so hard on the outside but just fraught with grief on the inside.

The glimpse into serious youth hockey was – man, sports parents can be nuts! The kids are just strung along for the ride sometimes. I just wanted to give the kids some hugs and tell them to have fun.

The tension and awkwardness between Leigh and Susy was hard to read sometimes. I just wanted to shake Leigh and tell her to snap out of it and talk about what happened to her so she could find some healing and some friendship! I really liked Susy – she may just be my favorite character.

Overall, this book was great and suspenseful and deep. Definitely worth a read!