Review: Not That Girl 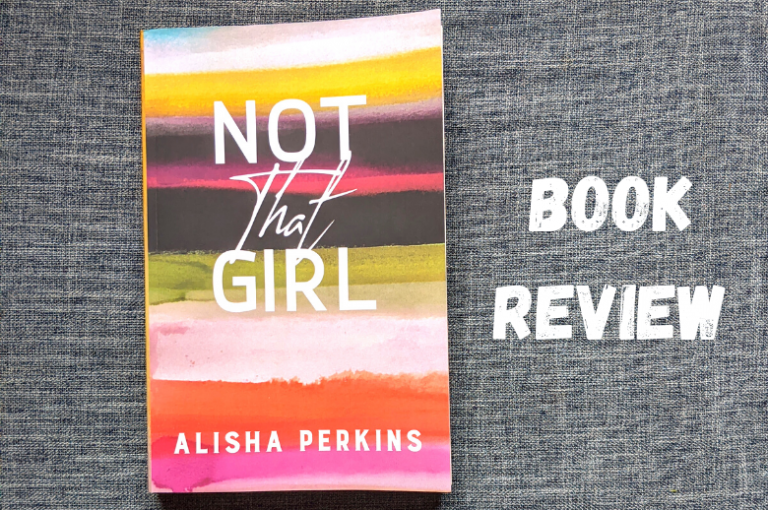 There’s a new publishing house here in the Minneapolis area! Hadleigh House is “a new, creative publishing house with a unique author partnership model.” When they reached out to LQ about reviewing co-founder Alisha Perkins’s new book, Not That Girl, I jumped on it.

When Finley Harper returns to Hadleigh, the objective is clear: clean out the old house and wrap up Grace’s estate as quickly as possible so Finn can return to Boston and leave this town behind for good. After all, it wasn’t exactly a storybook childhood. Finn was never close with Grace, who had been a detached mother at best, and Finn made sure to keep a safe distance all these years from the old friends who might bring back not-so-fond memories – of Nick, of Gramps, of a nameless father Finn has never known.

In this town of marrying types and mothering types, Finn has been the odd one out, and while the old Finn might have cared, Finn was not that girl anymore. Armed with a new pair of running shoes and a standby pack of cigarettes, Finn arrives in Hadleigh ready to put an end to the old Finley and start fresh. But within hours of arrival, Finn runs quite literally into a man who has the potential to change everything: James Barden, Grace’s lawyer, who has a gorgeous smile, persistent nature, and a cardboard box of Grace’s archives that read like a roadmap of clues: old journal entries, a stack of newspaper clippings…and a promise from beyond the grave: “Your mother said it will explain everything.”

This book was much more serious and hard-hitting than I was expecting, but for the most part, it was in a good way.

Finn has clearly had a rough go of things throughout much of her life. Her mother is emotionally distant and likes to drink and hide in her room, and Finn feels different from most of her peers. In a small town, that makes life rough when you’re trying to grow up and figure out who you are. As she becomes a teen, Finn develops a reputation for giving herself to a bunch of the guys at her school.

The Finn we meet now is different, and trying hard to be/stay that way. She no longer sleeps around, is quitting cigarettes, and is trying to take up running. The death of her mother brings up a lot of emotions and memories, so Finn is dealing with all of that, plus cleaning up her mom’s place, while going through this reinvention.

I enjoyed Not That Girl! Like I said above, it really wasn’t what I expected. I’m not sure why, but I was expecting something lighter. This book has quite a few themes and situations that were certainly not light, but I found that Perkins handled them really well and is able to write really insightfully about the hard stuff of life.

This book has a lot of things going for it. There’s some mystery as Finn begins to discover her mother’s real past, a little bit of romance, a lot of hard emotions and mental health concepts, what it means to be a family, the power of friendship, and reinvention. There’s also quite a bomb dropped at the very end, which I really wasn’t expecting.

I gave this one a full 4 stars!