Review: Commonwealth, Patron Saint of Liars, and The Dutch House 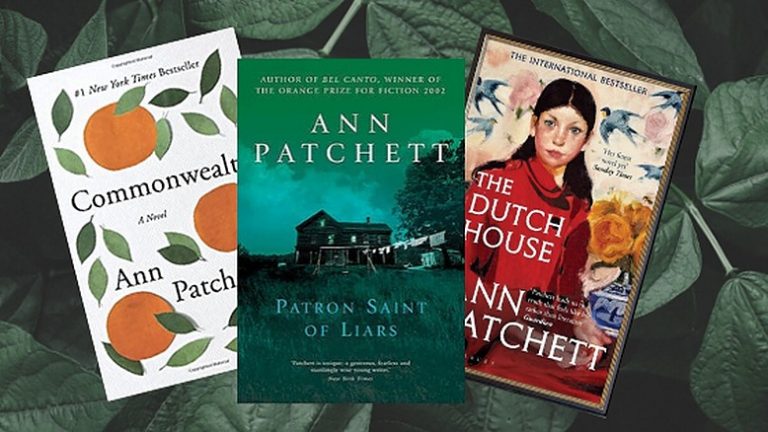 My mom introduced me to Ann Patchett when I was desperately hunting for new reading material after I graduated from college last spring. The heavy literary works I’d read as a fourth year English major had depleted my desire for the meaty greats. I wanted something light and easy, something that would give me the rewards of a Jane Austen novel without the effort. The Dutch House delivered. It’s Patchett’s newest novel, so I assumed since this was my first time hearing about her that she would be a one hit wonder. I couldn’t have been more wrong. I ended up reading four Patchett novels over the course of the month: The Dutch House, Commonwealth, Patron Saint of Liars, and Bel Canto (read Joli’s review of Bel Canto here).

In The Dutch House, we’re treated to an intensely complicated family history, focusing on two siblings, Danny and Maeve Conroy. They’re abandoned by their mother before the novel begins. Truant mothers, I came to learn, is a running theme with Patchett. Reading Patron Saint of Liars immediately following Dutch House felt slightly on the nose with the runaway mother theme. I popped out of my room after the first five pages and said “mom, she’s having the lady run away from her family again?” I felt gypped, like Dutch House had been cheapened by its precursor’s similarities, but I hung in there and was pleasantly surprised by the many ways in which Patchett can show us that our parents are people, too. So, when I tearfully reached the final page of Patron Saint, I was overjoyed to see that my mom had come back from the book store with Commonwealth, spending the full retail price to feed our new Patchett addiction.

Commonwealth was, in a word, creepy. In a good way, I felt unsettled after just a few pages. Without giving too much away (because it is a really great book), you should know that something sinister lurks beneath the history of the Keating and Cousins families. As Stephen King has shown time and again, what could be creepier than a bunch of bored kids on summer vacation? Commonwealth also stands out because of the extremely isolated nature of the characters – rather than leaving home and obsessing about it the rest of the novel the way the characters in The Dutch House and Patron Saint of Liars do, the majority of the novel takes place in the summer home shared by the children of both families. Like Dutch House, it explores the past and present of multiple characters, taking us back to a time before most of the characters were born, and showing us the humanity of people we associate with black and white pictures on a wall in our Grandmother’s house.

Ann Patchett shines her brightest when she discusses the complicated relationships between a mother and her child, and more specifically, mothers and daughters. Patchett’s exploration of interactions between near strangers, such as in Bel Canto, doesn’t ring as true as the complex familial relationships of The Dutch House, Patron Saint of Liars and Commonwealth. It felt appropriate that Patchett came to me through my mother. I’ve never been abandoned by my mother, but reading the stories of women who left their old lives forced me to look at her in a new way. We may never fully understand why people do what they do, but books help us to try. Ann Patchett’s novels have given me a new appreciation both for the woman who has been pushed to her breaking point and the path of destruction she leaves in her wake.

I am a new Ohioan, currently freelance editing and proofreading. I'm hoping to attend graduate school in 2021 for further studies in Literature, but really, I'm just looking for an excuse to read full time.