The Incendiaries: A Review 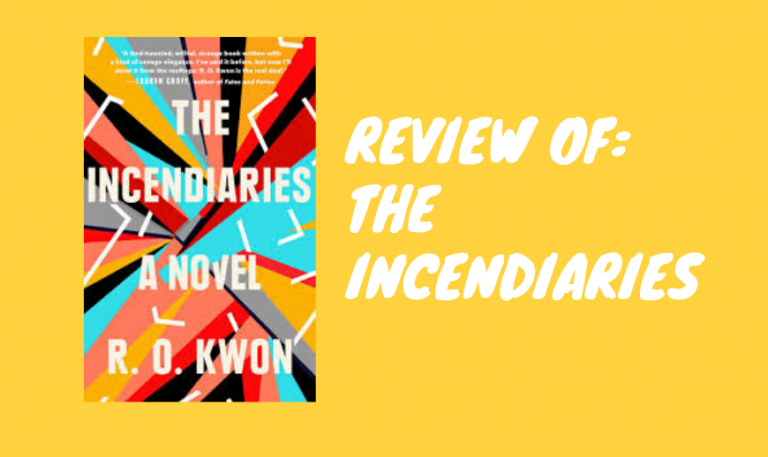 Have you ever looked at a picture of a dish from a fancy restaurant, or maybe you’ve had this thought when eating at one yourself, and wondered why the portions are so small? After all, if you’re presumably shelling out for an expensive meal, wouldn’t you expect something more filling?

RO. Kwon’s The Incendiaries is just like one of those exquisite meals, where you know that the portions have to be kept sparse and only to the essentials to keep you from becoming overloaded, even though the entire time I was reading it, I wanted to stuff in as much of the author’s writing as possible. Just as a fancy dish of food is expertly plated, it feels as though every single word in this book is chosen purposefully.

Kwon tells the story of Phoebe and Will, two students who meet at their prestigious university and fall for one another at the same time as Phoebe is increasingly drawn to a religious cult and Will is mourning his own loss of faith. The book, at 224 pages, is slim compared to many novels and yet the powerful narration drew me in and had me caring deeply about both Phoebe and Will.

This is not a book that spends time describing scenery or secondary characters, but the sense of each character in the book is so strong and brilliantly crafted that you can’t help but be drawn into their stories. Both Will and Phoebe have brought familial trauma with them to university and the coincidences that connect them and the charismatic preacher at the center of the novel could seem cheesy with any other author, but here are simply part of the tapestry that Kwon weaves.

To describe the plot: in which Will is telling his and Phoebe’s story after she is accused of taking part in a violent act carried out by the group she joins. It seems straightforward, but none of the characters failed to surprise me across the course of the book. The Incendiaries was not only an enjoyable read because of the plot and characters, but also because reading it was like watching a masterclass in writing performed by Kwon. Pick up this book if you want to partake in something truly delicious. A masterful novel that tells the story of university students Phoebe and Will and the events that unfold when Phoebe becomes involved with an extreme, religious cult.