Story: Author Gill Paul shares two stories in Another Woman’s Husband. One is the story of Wallis Warfield and Mary Kirk, two friends who meet at summer camp and go on to lead separate but intertwined lives in the first half of the 20th century. The other is of Rachel and her fiance, Alex who find themselves caught in the aftermath of the accident that killed Princess Diana in Paris. Through the eyes of observers, Paul is able to provide a glimpse into the lives of two women who challenged expectations, fed tabloids, and upset the traditions of the British royal family.

“Secrets, of course,” Wallis said. “Everyone has secrets.”

Why: I was ten years old when Princess Diana died. It was one of those historical moments that I feel like I should remember, but I admit that I can’t think of many memories. Seeing this book pop up with the connection to Wallis Warfield – whom I knew nothing about – made it stand out as a different take on my love for historical fiction. I’ve also found that the split generation novels tend to have an element of mystery to them that I really enjoy.

She saw a woman who was interested in life again and she knew that something had shifted.

Opinion: Sadly, this wasn’t the book for me. The writing was good, I was engaged throughout the novel, and the historical details were enjoyable and clearly well-researched. I think the reason it didn’t resonate with me is that the stories weren’t as tightly connected as other novels I’ve read lately. It was also challenging for me to pinpoint what the main story line was, and as such the plot didn’t seem to have a clear resolution. Now, with that said, I will repeat that the book was enjoyable and most readers will probably love it! For me, it simply wasn’t quite satisfying. I do look forward to reading more of Gill Paul’s work though!

She would win his heart if she got the chance, not because she had fallen for him but because it would make her feel better about herself.

Recommendation: I believe readers that like stories of British or other royalty will enjoy this book, as well as those who gravitate toward tales of dramatic relationships.  I can also see how those who are interested in the life and death of Princess Diana would find it entertaining. Paul does point out that Princess Diana is not a character in the book, but merely a subject of conversation and connection. Finally, I think the conversational nature of the text makes it an accessible read. There are some general sexual references, but nothing overt or specific and the language is clean.

“In my heart it was only ever you.”

Journaling Prompts: (If you haven’t read any of my other reviews, I enjoy putting together a few questions about the book for those that have already read, or choose to read the book after viewing this post! There are also some great questions at the end of this book. A few are paraphrased below and marked with an asterisk*.)

About Another Woman’s Husband

As the world mourns the loss of Diana, Princess of Wales, one young woman uncovers a forgotten story of passion, betrayal, and a scandal surrounding the British crown in this unforgettable novel by the bestselling author of The Secret Wife.

Two women who challenged the Crown.

Divided by time. Bound by a secret…

1911: When fifteen-year-old Mary Kirk meets Wallis Warfield at summer camp, she’s immediately captivated by her fearless, brazen, and self-assured personality. And Wallis has a way with the boys who are drawn to her like moths to a flame. Though Mary’s family isn’t crazy about her new best friend, she steadfastly stands by her side—even years later when they’re adults and rumors swirl about Wallis and her reckless behavior with none other than the Prince of Wales. But when Mary’s loyalty to Wallis comes into question, their friendship will be put to the ultimate test.

1997: After a romantic proposal in Paris, Rachel and her fiancé Alex are in a cab when suddenly the car ahead crashes. They’re stunned to learn Princess Diana is in the car. By the wreckage, Alex finds a heart pendant with an engraved letter “J” and Roman numerals XVII and gives it to Rachel to hold. Haunted by the crash and Diana’s subsequent death, Rachel is intrigued when she discovers that Di had visited the last home of Wallis, the Duchess of Windsor, only hours before the accident. Eventually, the revelation of a long-forgotten link to Wallis Simpson leads 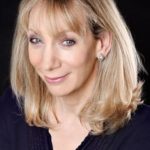 Gill Paul’s novels include the USA Today bestseller The Secret Wife; Women and Children First, which was short-listed for a Romantic Novelists’ Association award; The Affair; and No Place for a Lady, which was short-listed for a Love Stories award. Her nonfiction includes A History of Medicine in 50 Objects, World War I Love Stories, and Royal Love Stories. Gill’s expertise is often called upon for talks on historical subjects, including the sinking of the Titanic.

Check out these other sites for more on Another Woman’s Husband! 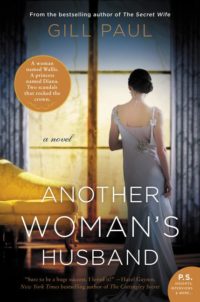 Review: Dear Mrs. Bird and Yours Cheerfully by...

[…] I chose to branch out for this title because I’ve read Gill Paul before – check out my review of Another Woman’s Husband – and I am not very well-versed in the Romanov story. The mystery and intrigue surrounding […]