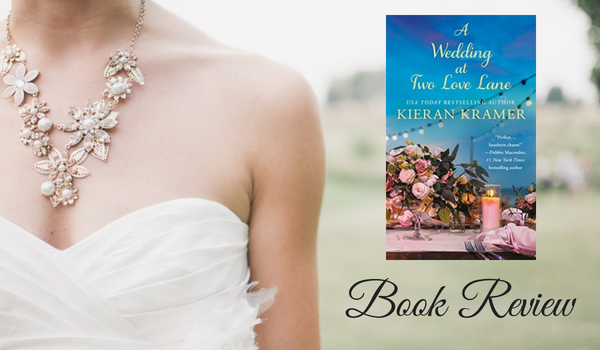 The following is a book review from a guest: Rhonda Ray. Bio at the bottom!

When my brain is filled with too much of the day-to-day grind or the seriousness of life, I love a good romance, not the bodice-ripping kind, but the chic lit variety, where the female character engages me because of her humor, quirkiness, ingenuity, and integrity. I root for her and will follow her through the most bizarre of plots and settings, as long as she is believable and I could be one of her good friends. If well written, I can read one of these romances in a couple of days, as I did with Kieran Kramer’s recently released novel.

The romance in A Wedding at Two Love Lane is as steamy and sultry yet delightful and beautiful as the city in which it’s set: Charleston, South Carolina. Greer Jones is a Midwesterner who relocated to this coastal city years ago and believes she has found home. She and her best friends run a successful matchmaking business called Two Love Lane. Greer is the business-minded partner who created the agency’s algorithm that determines compatible matches for clients seeking love. Although she works hard to find romance for others, true love keeps passing her by. Her mother reminds her of the boyfriend she left behind four years earlier, and although Greer feels a sting of guilt, she knows she did the right thing.

At an auction, she yearns to own a one-of-a-kind wedding dress that, according to legend, draws true love to its wearer. Greer is outbid by a local shop owner seeking revenge because her agency never found him a match, but at the event, she encounters Ford Smith, an English artist on a quest to find and paint a subject for an upcoming art show.

While chasing the wedding dress of her dreams, modeling for a nude portrait, dodging her old boyfriend and his fiancé, and supporting her friends in pursuit of their dreams, Greer wonders if she will ever find love. But love is rarely simple, and both Greer and Ford are forced to confront threads of their past before they can move forward freely to claim and proclaim love.

The rapid-fire events that culminate in an unlikely denouement may leave the reader breathless, but the novel is an entertaining and memorable love story. Kramer creates multi-faceted characters and a narrative that shows that love, friendship, and forgiveness, including of ourselves, make life wonderful and romance sweet.

This novel is part of a series, so readers will again be able to relax and spend time with the strong, humorous, and loyal women at the Two Love Lane matchmaking agency in the unforgettable city of Charleston.

Kramer is one of seven children who grew up on Johns Island, near Charleston, South Carolina and lives in the Carolina Lowcountry with her family. She is a certified English teacher and has been a journalist and CIA employee. Her motto is “Life rewards action.” You can find her on Facebook, Twitter, and at www.kierankramer.com.

About our Guest Reviewer 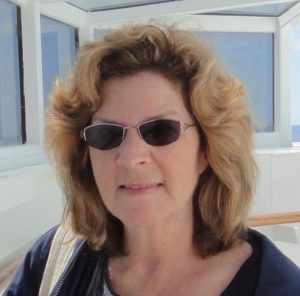 Rhonda Ray is Professor Emerita of English at East Stroudsburg University, where she taught literature and writing, and she also has served as a writer-editor in public health. She loves all books, especially literary classics, memoirs, and humorous romances. British by heart and southern by birth, she is currently writing a memoir of her childhood on a North Carolina tobacco farm.

I love these types of books and I’m headed to Charleston in a few weeks, so this book sounds perfect for me!