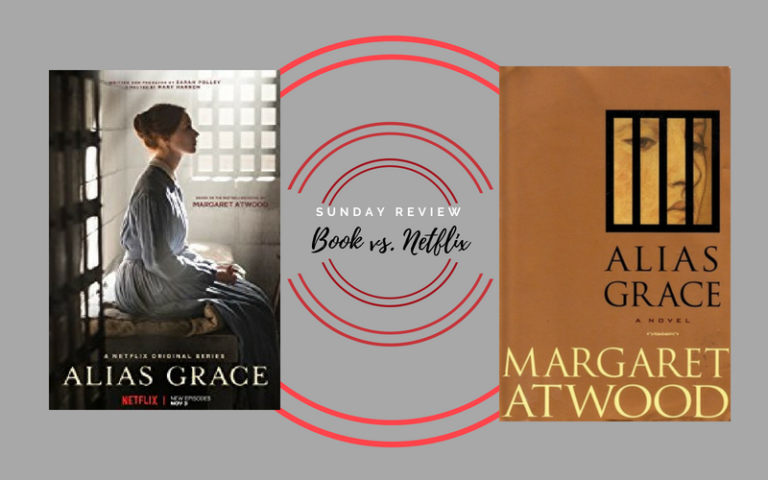 As the sole Canadian reviewer of LQ, I believe it is my privilege, nay, my DUTY, to talk about my homegirl Margaret Atwood. Maggie*, as you may know her, is responsible for bringing us the chilling but fabulous The Handmaid’s Tale on Hulu. But the Atwood series that quietly released at the end of 2017 that you are truly missing out on is actually on Netflix, and it’s called Alias Grace. Rolling Stone wrote an article about how this show is “the most relevant show on TV” after the Weinstein allegations, so if I haven’t convinced you by the end of my review, it should!

*I have no idea if Mrs. Atwood is called Maggie by her friends. I like to think so. My parents met her one year at a Cantabile concert in Kingston and they were, understandably, pretty psyched.

Alias Grace was published in 1996 as a work of historical fiction. Many of the references at the beginning of chapters are pulled from actual Canadian legal records and interviews of the events at hand.

The story follows a young girl called Grace Marks, who comes to Toronto, Ontario at 12 years old from her homeland in Ireland with her family. Unfortunately for the young girl, a series of unfortunate events leads her to her downfall.

Grace was convicted in 1843 (at 15 years old) and served almost 30 years in Kingston Penitentiary (with an additional year in Asylum). Kingston “Pen” was, up until 2013, one of the most secure prisons in Canada, housing the worst offenders. Today you can visit and tour the historical site, but this is very different from even a few years ago. At the time of her incarceration, Grace became an icon and person of interest. Due to her “innocent look” and juvenile sentencing age, advocates fought for Grace’s release. After her pardoning, she relocated to upstate New York and from there, her records disappear. 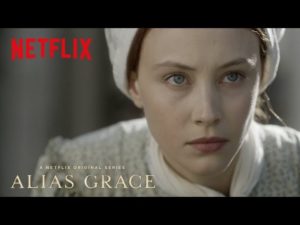 Alright Sarah Polley, you are better than ok.

Honestly, I was so impressed by how close Netflix stayed to the book. With Sarah Gadon starring as Grace Marks, and a slew of other talented women directors, writers, producers, and actors on the film, I really felt that they did the novel justice. Gadon is chilling, and the story is so nuanced that you might miss things if you blink twice.

The biggest downside to the entire show in my opinion is Anna Paquin. As the only really “famous” member of the cast, I found Paquin heavy-handed in her role of head housekeeper Nancy Montgomery.

I will also give a nod to this show because not only was I pretty invested (after having read the book, per my usual “rule”), my boyfriend also got right on board. I know when he wants to watch another episode, that I have something with more than just “chick flick” appeal!

The most contentious choice: Book or movie? Rarely does the show get the W from me, but in this case, I think Netflix wins. While there are certainly some imperfect things about the show, the book is a bit of a slow mover. I think that Sarah Gadon is a better Grace than my own imagination. But I’d love to hear from you – Book? Netflix?

So I love Margaret Atwood (I bet she goes by Maggie ;)) and started reading Alias Grace in December. The beginning is just so slow I haven’t been able to get past the first half. I recall a lot of her books being slow in the beginning, so I keep trying to push through. I definitely want to finish it so I can check out the show. Great review!