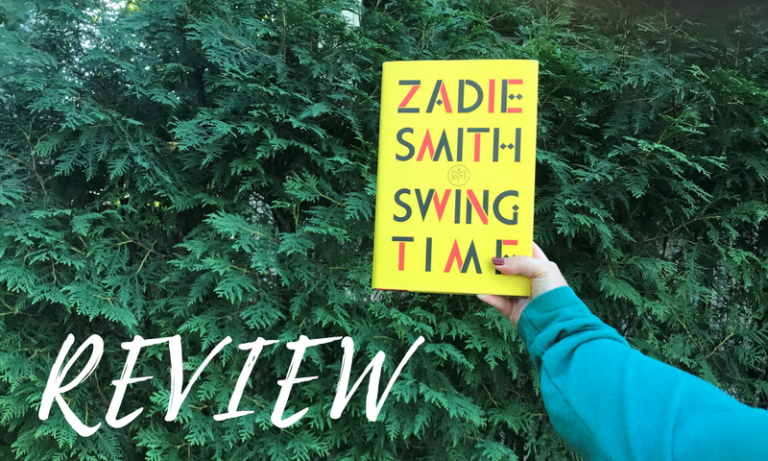 I’ve been meaning to read Swing Time by Zadie Smith since it was released late last year to rave critic reviews. I really wanted to love this, especially since I gave it as a Christmas present last year without having read it. But, alas, I enjoyed Swing Time, but I didn’t fall in love with it.

I’ve tried writing a synopsis multiple times over, but this book covers so many things! It’s about girlhood friendship, dance and rhythm, class and race, finding yourself amidst the life happening around you.

Smith begins in London, depicting the girlhood friendship between the story’s narrator and Tracey. The girls’ friendship breaks off in their early adulthood and the narrator’s life now revolves around her job, assisting one of the most popular pop musicians in the world. Traveling back and forth from London to West Africa, the narrator must contend with her half-life in both worlds.

That’s the best I can do to describe the plot — you’ll have to read it for yourself!

I struggled understanding what I was supposed to get from the story since the plot was so expansive. Swing Time is definitely character driven, even though there’s a lot happening. However, I loved Smith’s writing style.

Her ability to create the main character, who’s name we never get, was remarkable. She’s a woman who has no real ambitions or interests, no close friendships, and yet, has made a career that’s supposed to feel meaningful, but in the end really isn’t. Truthfully, she’s boring. But Smith makes her come alive and relate-able, even if it’s painful to admit you relate to her.

“A truth was being revealed to me: that I had always tried to attach myself to the light of other people, that I had never had any light of my own. I experienced myself as a kind of shadow.”

Overall, I enjoyed Swing Time. It left me with plenty to think about, which is always the measure of a good book. If you enjoy fiction that is character-driven, you’ll enjoy this. 3.5 stars out of 5.