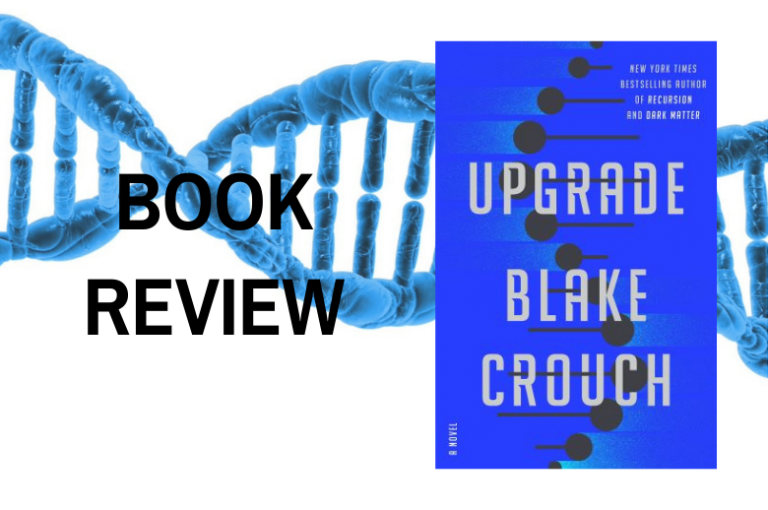 I first read Blake Crouch for book club when we picked up Dark Matter, then again when we read Recursion. Although I don’t ever pick up this genre (sci fi) on my own, I ended up really falling hard into both of those books. So, when NetGalley and Ballantine Books offered an ARC of Upgrade, I knew I had to grab it.

Was it as good as the others? Keep reading to find out what I thought.

The truth is, Logan’s genome has been hacked. And there’s a reason he’s been targeted for this upgrade. A reason that goes back decades to the darkest part of his past, and a horrific family legacy.

Worse still, what’s happening to him is just the first step in a much larger plan, one that will inflict the same changes on humanity at large—at a terrifying cost.

And even as he’s fighting, he can’t help wondering: what if humanity’s only hope for a future really does lie in engineering our own evolution?

Intimate in scale yet epic in scope, Upgrade is an intricately plotted, lightning-fast tale that charts one man’s thrilling transformation, even as it asks us to ponder the limits of our humanity—and our boundless potential.

My main issue with Upgrade was the way Logan continuously describes his new abilities. I know we need the details to fully understand what’s happening with his body and mind, but it got to be too much for me, like he was just hitting the reader over the head with “look what I can do now!” kind of stuff.

Now, I’m definitely not saying that this book was awful because of that. It was still a fun and entertaining read! I enjoyed the rivalry in the book, which I won’t go into because it’s a spoiler. It was pretty epic, though.

As far as the science goes, this one was definitely just as intricately researched and detailed as Dark Matter and Recursion. Crouch drops a ton of facts and words about the human genome. At times, though, I did feel a little bit like they were there just for the sake of looking impressive and….well….science-y.

Overall I enjoyed Upgrade, but it definitely was my least favorite of Crouch’s three books. I’m giving it a 3.5.