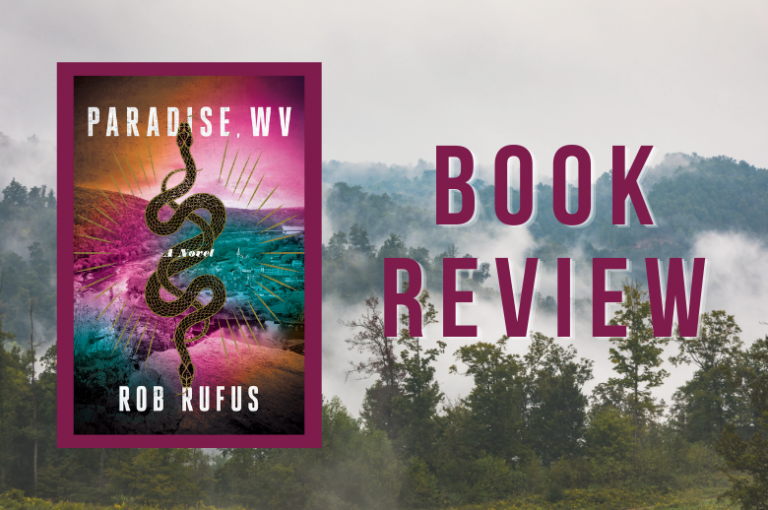 Looking for a good thriller? You might want to nab this one! Read on for my review of Paradise, WV.

In a poor West Virginia town decimated by the opioid epidemic, teenagers Henry and Jane have it worse than most. Their father is Hollis Lusher, a convicted serial killer known as “the Blind Spot Slasher.” Despite being bullied and ostracized, the siblings maintain their father’s innocence. But now, a popular true-crime podcast is coming to town, and their presence turns all eyes to the Blind Spot Slasher’s case…and Henry and Jane.

Meanwhile, an eager young officer, Lieutenant Elena Garcia, is put on the case of a missing girl. Despite warnings from her superiors, Garcia begins to dig deeper into the case and realizes there may be other mysteries buried in the flood of opioid-related crimes. With many deaths quickly labeled as overdoses, or “No Human Involved,” she fears the drug epidemic has created the perfect storm for a Blind Spot Slasher copycat to thrive. Unless that is, they never caught the real Blind Spot Slasher.

An amateur private investigator is also on the case: Henry’s new friend, Otis. A home-schooled genius with his own family issues and a suspicion their father might be innocent, Otis makes it his mission to help Henry and Jane find the real killer. As the three probe into the evidence, they discover a possible connection between the killings and a doomsday, snake-handling cult―propelling them all down the dark backroads of Appalachia to find justice for Hollis and themselves.

Paradise, WV was very outside of my normal genre, but I was feeling brave 😂. I had very mixed feelings at some points, but when I was done, I had to rate it highly because of how it stuck with me.

This book gave me some Stranger Things vibes with the kid protagonists. I think the whole narrated by kids thing tricked me into thinking this suspense would be not too slasher-y (even though the killer has “slasher” in the name…duh Joli), but I was somewhat wrong.

So I really liked the kid characters. They were funny, they had deep feelings and problems and their lives, and they were just really compelling. I especially enjoyed Otis, because he’s kind of comic relief.

Things do get pretty tense as you get toward the end of the book, but man, I was guessing up until the end and had a hard time putting the book down as things started to build. I will say that things got a little bit overly horror-ish for me near the end, but I can’t take any stars off for just the reason of me being a sensitive person 😂.

Did I mention there’s a nutso cult? Cults are always creepy, and this one is definitely no exception. It was a big part of the storyline and mystery.

Just one thing I have to note – trigger warning: stillbirth.

Alright, so my overall rating was 4.5 stars, which I’m rounding up to 5 for this fun thriller. If you enjoy something dark and twisty with some gory details, I’m recommending it.