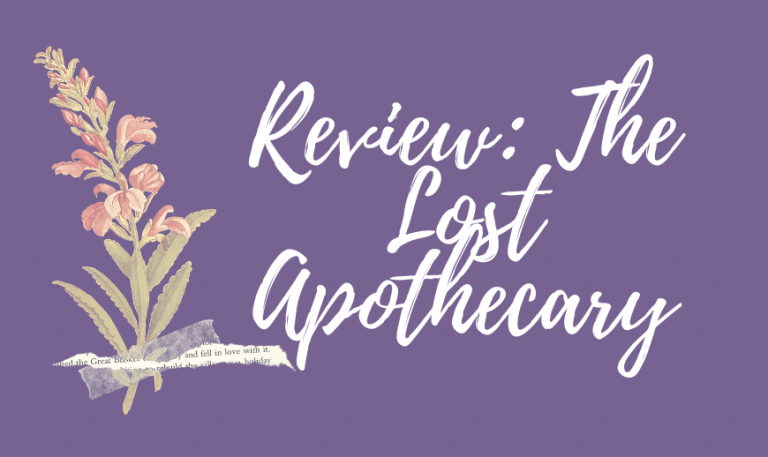 Sarah Penner’s debut novel contains two storylines: one in the past and one in the present, both set in the city of London. In the present, Caroline Parcewell has just arrived in England on what was supposed to be a tenth anniversary trip. Instead of soaking in the romantic sights, Caroline is reeling from discovering her husband’s infidelity only a few days earlier and has fled to London for some space. When Caroline stumbles upon a group going “mudlarking” along the banks of the River Thames, a small, glass vial she finds stirs her curiosity and reminds her of her long buried ambitions of studying history.

Meanwhile, in 1791, Nella is running an apothecary that can only be accessed by those who know exactly where to look. This secrecy is due to the unique nature of Nella’s work: she dispenses poisons to women looking to rid themselves of troublesome men in an era where they have few options for escape. One day, Nella’s newest customer arrives in the form of twelve year old Eliza Fanning. Eliza’s arrival and request will set up a chain of events with life-changing consequences for both Nella and Caroline.

First of all, I really enjoyed this book. A unique plot of a series of “apothecary murders” is engaging and, as a historical fiction fan, the details Penner uses to describe London in 1791 helped bring the story to life.

However, when there is a book like this with two interconnected stories, there’s always the chance that one of them is going to be more engaging, and that was the case here. While Caroline’s story is certainly both sympathetic (dealing with a cheating spouse) and unique (I had not heard of mudlarking before this book), having it squeezed alongside Nella and Eliza’s story left me feeling like we missed out on some important character development with Caroline.

Without spoiling anything, the ways in which Caroline discovers the connection between the city’s mysterious apothecary murders and an artifact she has found at times seemed almost too convenient and like certain events were plopped into the novel without much buildup that would give them more resonance.

One of the good parts of this book is the fascinating character of Nella, a woman working in such a secretive trade. I appreciated that Penner builds her book mostly around female characters, and that the characters in the 1791 chapters have interesting backstories that illustrate what life was like for women of that time.

After finishing the book, I wished I could have learned more about Nella and what drove her character and would love to learn more about female apothecaries of the time. Next to this, it was harder to get into the chapters set in the present and though Caroline certainly changes over the course of the book, I didn’t ever get the sense that we really got to see inside her as a character in order to understand her in a more realistic way.

Overall, I would recommend The Lost Apothecary for its unique plot and historical details, especially for those looking for a unique twist in the historical fiction genre. Three stars.

Update: The Lost Apothecary on TV

The Lost Apothecary is getting turned into a series on FOX! While some were hoping for a Lost Apothecary movie, it’ll be a series in 1-hour episodes. We’re pretty pumped – it should be good!