Review: Find Me in Havana by Serena Burdick 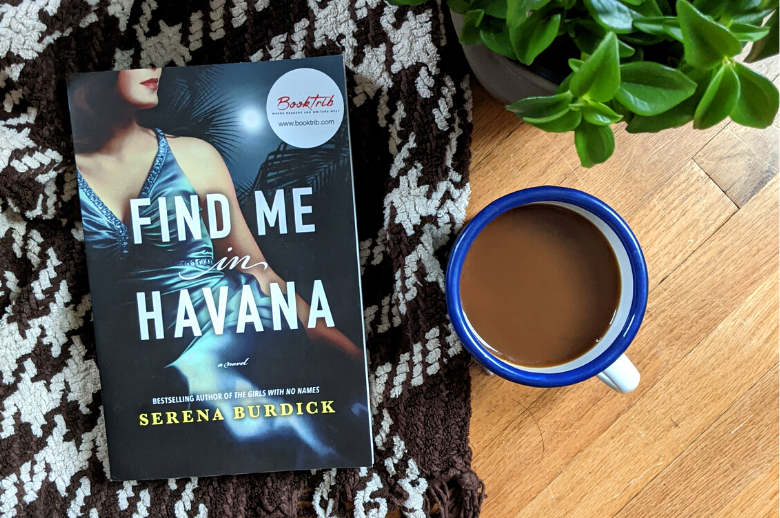 What a book! I have some mixed feelings about Find Me in Havana. It gave me Bel Canto vibes at times! Will do my best to keep this review spoiler free.

Cuba, 1936: When Estelita Rodriguez sings in a hazy Havana nightclub for the very first time, she is nine years old. From then on, that spotlight of adoration–from Havana to New York’s Copacabana and then Hollywood–becomes the one true accomplishment no one can take from her. Not the 1933 Cuban Revolution that drove her family into poverty. Not the revolving door of husbands or the fickle world of film.

Thirty years later, her young adult daughter, Nina, is blindsided by her mother’s mysterious death. Seeking answers, the grieving Nina navigates the troubling, opulent memories of their life together and discovers how much Estelita sacrificed to live the American dream on her own terms.

Based on true events and exclusive interviews with Nina Lopez, Estelita’s daughter, Find Me in Havana weaves two unforgettable voices into one extraordinary story that explores the unbreakable bond between mother and child, and the ever-changing landscape of self-discovery.

This book has me conflicted. In some ways I loved it, and in some ways, it didn’t quite work for me. I’ll try my best to explain my mixed-up feelings here!

Alright so first of all, Estelita’s story was fascinating and I couldn’t believe the book was based on a true story! So dramatic. I would say, if you plan to read this book, don’t look up Estelita Rodriguez. Let yourself be surprised by the story arc instead.

I liked both Estelita and her daughter, Nina, but they were both definitely flawed. Estelita is kind of a horrible mom, and Nina makes some pretty interesting choices throughout the book. I do think Burdick is an excellent relationship writer — I was sucked into this book pretty quickly because the characters and their relationships pulled me in. Nina loves her mom, but Estelita’s flaws are hard to deal with. Estelita loves her daughter, but isn’t quite sure how to balance their relationship with her career.

What didn’t work for me with this book was the letter style. The book goes back and forth between mother and daughter, and the text is written like a letter. So, when it’s Nina’s chapter, she’ll talk about her mom by using “you.” This was weird for me. The chapters are definitely not like letters anyone would write. There are so many details….great details for a novel, not for a believable letter. Plus, in the end, they’re speaking in letters when that actually becomes impossible. It’s just kind of odd.

I also thought that this book needed more…good. It was really quite dark! I enjoyed the pacing and was swept along with the story, but man, it was a pretty dark story. A lot of very not good things happen, including quite a bit of domestic violence. It was very heavy. I did like how it ended, so that was a bright spot, but I also felt like “whew, that was hard to read” when I got to the end.

So, I enjoyed Burdick’s writing style and found her to be a wonderful writer, but the subject matter and the way it was presented (letter format) were difficult for me. Therefore, I’m giving this one a solid 3 stars. Pick this one up if you like the occasional heavier read that’s historical fiction based on a true story.