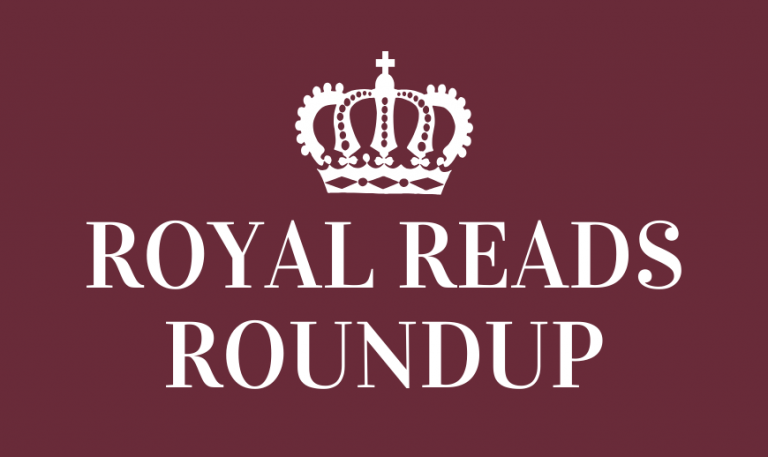 Looking for a royally fascinating, distracting read? I find that sometimes diving into a different period of history for a while can help me take a break from current events by letting me learn about something new and the British royal family provides plenty of stories. Whether you’re looking for a serious biography of the current monarch or a novelized account of swinging London, there’s something to keep you entertained.

The Crown: The Official Companion by Robert Lacey

If, like me, you loved diving into Netflix’s The Crown and enjoying the history, intrigue, and costumes of the early Queen Elizabeth II years, start your royal reading off with this companion book by the show’s historical consultant, Robert Lacey. The book goes through the show episode by episode, clarifying how it differed from the historical record and expanding on the political and social world of the royals from 1947-1955. A good introduction to the era, this book is a digestible overview of the beginning of Elizabeth II’s reign and will give you background on those who surround her, like Prince Philip, Princess Margaret, and the Queen Mother.

Elizabeth the Queen: The Life of the Model Monarch by Sally Bedell Smith

Considered one of the most definitive biographies on the queen, this book traces Elizabeth’s life from her childhood and the impact of her uncle’s abdication to the choices she’s faced as she ages. The book is designed for those who want a deep dive into history; it’s not light, but it is through and provides the more serious context for many of the media stories that surround the royal family. While the book has a bias toward the royal family and the official story, it is mainly objective and a fascinating read that covers the queen’s life, focusing mainly on the historic events that have shaped her but also touching on personal conflicts and relationships within the family.

Lady in Waiting: My Extraordinary Life in the Shadow of the Crown by Anne Glenconner

A lady-in-waiting to Princess Margaret until her death in 2002, Anne Glenconner had a first row seat to the life and antics of one of the most talked about members of the royal family. From recounting her view of Queen Elizabeth II’s coronation to her tumultuous marriage and the loss of her sons, Glenconner’s memoir is sprinkled with both personal revelations and famous faces as she follows the princess from the White House to the Caribbean. While the book focuses mainly on the royal circle, it is also a revealing portrait of Glenconner’s life and the heartbreak she endured as part of the British upper echelons. A sometimes dishy, often emotional inside look at the inner circle.

The Other Windsor Girl: A Novel of Princess Margaret, Royal Rebel by Georgie Blalock

If the other books have you convinced that truth is stranger than fiction, and that you’d like a fictionalized twist on the characters in them, try this novel about Princess Margaret and her inner circle. When Vera, a down on her luck novelist in post-World War II Britain, sparks the interest of the princess she is drawn into her fashionable and bohemian inner circle. The book runs at a parallel between the choices of Vera, who is trying to find herself in the new society of the postwar world, and Margaret, who is constricted by family and duty in her own decisions. A fanciful piece of historical fiction, this quick read will delight those waiting for another season of The Crown as well as anyone who wants a lighter, more glamorous look at history.

Have you tried any historical fiction or new biographies lately? Any other distracting genres to recommend?