5 Books for Quitting Your Job to Move to the Woods 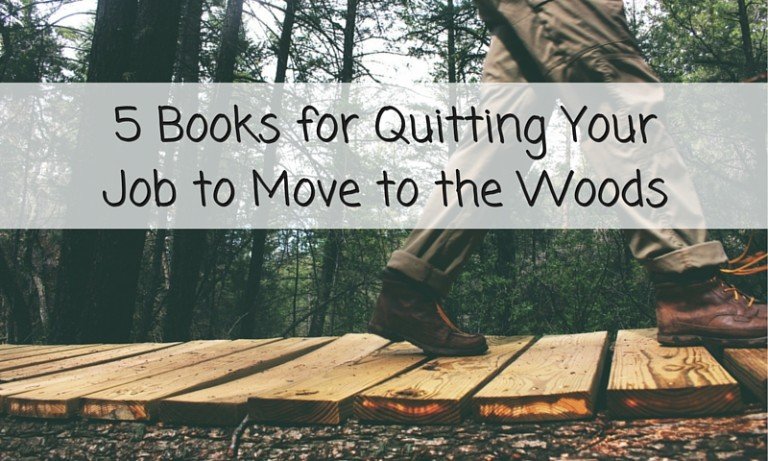 “I went to the woods because I wished to live deliberately, to front only the essential facts of life, and see if I could not learn what it had to teach, and not, when I came to die, discover that I had not lived.” – Henry David Thoreau

This post is part personal update and part book share. At the beginning of May, I will be moving to the national forest to work in the great outdoors until September. I will be leaving behind ten years of working full-time at a desk in front of a computer. This is no small leap! Quitting your secure, comfortable job to move into the woods is a scary and hard decision, but it is also exciting.

I am blessed to have people around me who inspire, encourage, and support me in this endeavor, but I also get a lot of inspiration from the authors on my bookshelves. So, today I’m sharing five books that inspired me to make this life-changing decision and gave me the courage to make it a reality. 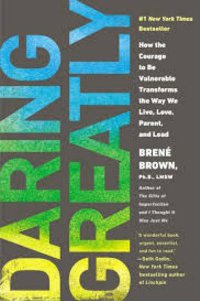 This is one of the most important books I’ve ever read, and I go back to it time and time again. The lessons that Brown teaches are invaluable to living a purposeful and courageous life. Daring Greatly is a transformative book about how important vulnerability is in our lives, and how the courage to be vulnerable opens up opportunities, pathways, and hearts. For years I’ve used “Show up” as a mantra to push myself into situations, to stop watching life and start living it. Brown repeats this phrase in Daring Greatly and the book, in essence, is about showing up. If we don’t find the courage to show up we’re willingly depriving the world of our unique and wonderful gifts, the gifts that we all offer just by being who we are. This book is for everyone, there’s not a single human being who can’t relate to and learn at least one thing from Brown. 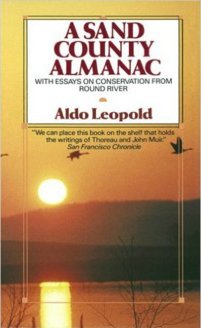 Sand County Almanac is a book that I have been bringing with me on camping trips for the past two years. I never read it at home, but only when I’m in nature. Aldo Leopold is one of the fathers of wildlife and wilderness conservation. He was one of my first introductions to phenology and to one of my favorite birds, the sandhill crane. Leopold’s journals and lifework, particularly set in Wisconsin, have consistently inspired me to spend more time outdoors, especially in quiet observation of animals, plants, and the subtleties of natural changes. 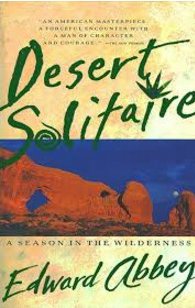 Desert Solitaire: A Season in the Wilderness by Edward Abbey

I have not yet spent any time in the deserts of the southwest, but this book made me feel like I have. Abbey’s writing can be crass, pessimistic, and radical, but also very beautiful. Desert Solitaire is Abbey’s tale of a summer spent living in Arches National Monument as a park ranger. It ranges from intense moments of death in the desert, to radical diatribes about the stupidity of modern tourists, to quiet moments watching beautiful sunsets. Abbey can be hard to swallow at times, I don’t agree with everything he says, but nonetheless he makes a lot of good points and lights that fire inside you that says, “Wake up! Get out! Leave your cubicle in a little burning pile and move to the woods!” (Reference: “Running with the Wolves” by Cloud Cult. I find inspiration in songs, too.) 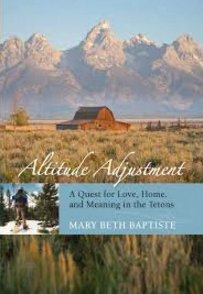 Altitude Adjustment: A Quest for Love, Home, and Meaning in the Tetons by Mary Beth Baptiste

Here is a female-authored vaguely-parallel memoir to Desert Solitaire…only far less tense and more self-examining. Altitude Adjustment is the autobiographical story of Mary Beth Baptiste’s decision to end her unhappy 15-year marriage and follow her lifelong dream of living and working in the Rocky Mountains. She exchanges her comfortable life on the east coast for a government-issue trailer (much like Abbey’s) in the mountains. She struggles with a male-dominated workplace, family disappointment, loneliness, and she doubts herself many times, but she always comes back to the realization that she’s exactly where she wants to be. This book was a good reminder that you’re never too old to change your path and do something “crazy”. 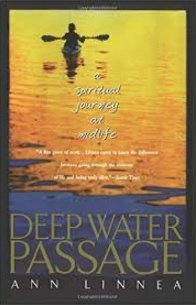 Ann Linnea was the first woman to circumnavigate Lake Superior by kayak. The woman I will be working with this summer got her first kayak instruction from, and later taught with, Ann Linnea, which is how I first heard of this book. Like Altitude Adjustment, this is a story of a strong-willed woman following her instinctual passions, taking risks, facing fears, ignoring the status quo, and looking to nature for guidance in life’s various paths. “If your dreams don’t scare you, they’re not big enough.” This story reminds me that more often than not, happiness, and the things you want most, are on the other side of fear. The only way there is through.

I hope some of these books might inspire you to show up, to get out in nature, or to do something you’re afraid of. Although my days will be filled with hours of hard work, I hope to still get some posts written on LQ this summer, they just might be a little further in between. Thank you for sharing in this journey with me!

When I'm not devouring books I can be found with my hands in the soil, on my bicycle, in a tent, on the meditation cushion, or rising up in Sarvangasana. I am your resident non-fiction reader. Shoot me an email and tell me what the best book you've read lately is. More About Mel

Way to go Mel! And, I definitely want to read Daring Greatly.

This is awesome! I remember reading Daring Greatly camping in the Northwoods a couple years ago, Sand County Almanac everywhere outside but mainly in WI, Desert Solitaire when I was living in the Tetons in WY and Mary Beth Baptiste when I was road tripping home from WA through the national parks. Kindred Spirits in Nature we are! What a great list 🙂